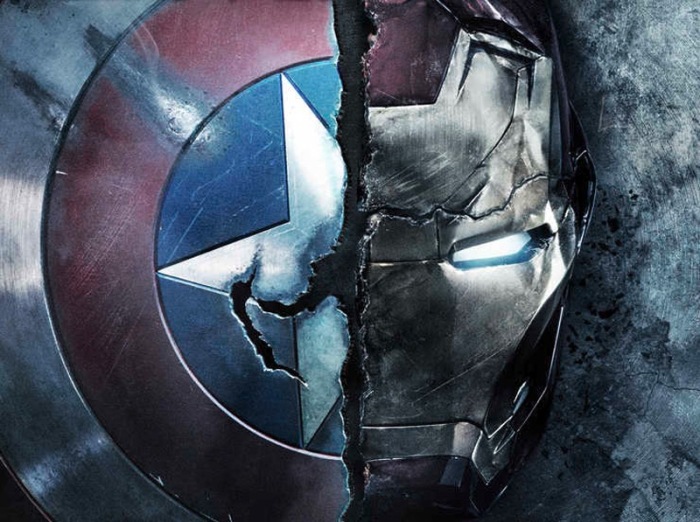 So far, we have seen the likes of Tim Miller’s hilarious, genius and daring, Deadpool, and Zack Snyder’s less impressive, action-fest, Batman vs. Superman: Dawn of Justice, grace our cinema screens as 2016’s superhero blockbusters. Until now…

On Sunday 1st May, just coming to the end of its opening weekend in the UK, a group of us sat down with our bug eyes on ready to watch CAPTAIN AMERICA: CIVIL WAR in IMAX. Similarly to Avengers: Age of Ultron (2015) we were excited, discussing everything about the previous films just before it began, but this time around we left the cinema completely blown away by what we had just witnessed!

‘Team Red vs. Team Blue’ and ‘#TeamCap or #TeamIronMan’ are probably sayings on social media which you have become accustomed to by now, but in case you are for some reason going into this film completely blind, with no knowledge of the previous films or one of Marvel’s most infamous plots, let’s break it down for you here.

The world is now familiar with the presence of ‘The Avengers’, a group of superheroes determined to drive evil out of their world and protect the human race, but this does not mean that the general public are comfortable with or confident of their motives, with many seeing them as ‘vigilantes’ rather than heroes. Determined to install some order into this chaos, following the destruction caused in the likes of New York (from Avengers: Assemble) and Sokovia (from Avengers: Age of Ultron), among others, Secretary of State, Thaddeus Ross (William Hurt) proposes an Anti-Hero Registration Act which ultimately limits a superhero’s actions, making them weapons of the State. This divides the two natural leaders of The Avengers; Steve Rodgers a.k.a. Steve Captain America (Chris Evans) and Tony Stark a.k.a. Iron Man (Robert Downey Jr.), who have conflicting views on the reasoning behind and the necessity of this concept. After some further destruction at the hands of The Winter Soldier (Steve’s life time friend, Bucky Barnes (Sebastian Stan), who was made into a super solider just like him during the Second World War for the Soviet Union) and some crucial catastrophic events, this divide breaks into war, with two groups of superheroes following either Captain America’s or Iron Man’s beliefs. Will this war be the end for The Avengers?

Without saying too much more about the plot, CAPTAIN AMERICA: CIVIL WAR ticks all the right boxes in terms of a superhero blockbuster and more! At first, I had my worries about such a large number of superheroes being in one film once again (as in all honesty Avengers: Age of Ultron suffered because of this); but all I can say is that I am glad the Russo brothers got their hands on this film rather than Joss Whedon. The Russo brothers seem to be the best in the (Marvel) business at bringing depth and plot to these blockbusters. The continuation of the ‘Avengers’ story and the connection between all of the previous Captain America and Iron Man films is done with consistency and class! Until now, Captain America: Winter Soldier was hands down my favourite MCU film, however after this spectacle I am not so sure.

The fighting scenes are superb; brilliantly choreographed, realistic and always with a touch of humour! There are two characters which feature in the climatic fight scene between the two teams which leave you laughing throughout, but I will not say who!
For a film with very few flaws, it is no surprise that this film passed Deadpool at the UK box office this past weekend. What Deadpool lacks in intensity and seriousness, this film makes up for (On the flip side you could say what CIVIL WAR lacks in outrageous comedy value and brutality, Deadpool makes up for), however it is essential to remember that these are two superhero films made with completely different motives and audiences in mind, so to compare the two is pretty meaningless.

On the other hand, once again, Marvel emphasises just how much the DC universe is missing Christopher Nolan for quality, cinematic content. If you compare this film with Batman vs Superman, a film which was heavily promoted as the superhero film of the year, it makes Zack Snyder’s attempts at creating an ensemble action/adventure appear very poor. CIVIL WAR possessed the emotion and intensity which ‘BvS‘ decides to throw away in the space of one line. Hopefully this is a spell which DC can overcome with the upcoming Suicide Squad, from the ruthless David Ayer, which looks set to contain the humour of Deadpool along with with the darkness of The Dark Knight Trilogy!

Personally, once again the Marvel Cinematic Universe has emphasised how well it is producing the infamous stories of a team of some of the most legendary superheroes, and keeping their viewer always wanting more. This film is definitely the strongest in terms of plot and dialogue since Captain America: The Winter Soldier, yet also probably the most fun we have seen on screen since Guardians of the Galaxy. For me, there is one character who completely owns every scene he features in, and let’s just say I am looking forward to his origins story being told for the 3rd time on the big screen! (Not something you often hear me say about re-makes). All actors involved are flawless as their characters, giving us the perfect balance of comedy, action and emotion throughout.

Overall, CAPTAIN AMERICA: CIVIL WAR is a jaw-dropping, mind-boggling, adrenaline-fuelled adventure which extends the story of The Avengers brilliantly, and leaves you itching for yet another MCU film. We will have Doctor Strange, starring Benedict Cumberbatch coming to our screens in October 2016, but until then, sit back, hold on tight and prepare yourself for the roller coaster ride of a film that is CAPTAIN AMERICA: CIVIL WAR. (Then again, with this being such a late review, it is probably time to get ready for Fox’s latest addition to the 2016 Marvel universe: X-Men: Apocalypse – out this week in cinemas!)

So… Are you #TeamBlue or #TeamRed? Let us know!

Recommendation: IMAX, DBOX, 3D, 4D – whatever tickets you can get your hands on, experience this brilliant film in all its glory on the big screen!